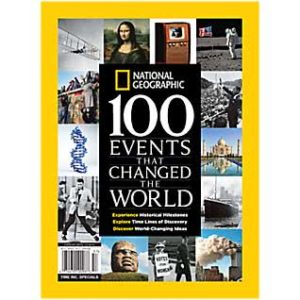 Magazine reading (of the printed type) is a treat I indulge in when I am on holiday. Before a long road trip I stock up on a variety of magazines from current affairs and business, to women’s magazines and technology. I believe that reading widely is essential to providing context for one’s thinking. One of the publications that caught my eye recently was National Geographic’s 100 Events that Changed the World Special Issue. It provided some interesting insights and sparked some great conversation on our 2 500km trip this holiday season.

It is a brilliant, easy-to-read summary of the story of the human experience thus far. It covers historical events, discoveries and inventions that fundamentally shaped changed the world forever, from the first entry: Man Discovers the Use of Fire, to the last: Nobel Peace Prize Awarded for Youth Advocacy. Each entry is short, between 150 and 300 words in double line spacing, making it simple enough for anyone to read, even children from about 12 upwards will appreciate some of the entries. In true National Geographic style it is lavishly illustrated with exceptional images.

I think it is a must read for everyone, even those who are not history buffs, providing context and perspective to the world we live. This collector’s item will cost you R99.90. Go and grab your copy while they are still on the shelves and I, for one, will be encouraging my teens to give it a read.

Here is the list of the 100 events contained in this special edition – as an author myself, I have so much respect for the process that leads an editorial team to decide what to leave in and what to leave out:

For more about this National Geographic Special Issue click here.

For more about how some of the events on this list have impacted on parenting the next generation of talent, do read my book co-authored with futurist, Dr Graeme Codrington, Future-proof Your Child (Penguin, 2008). 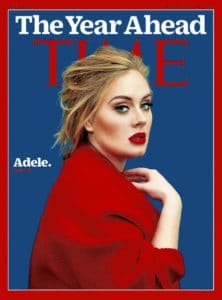 Some of my favourite magazines: