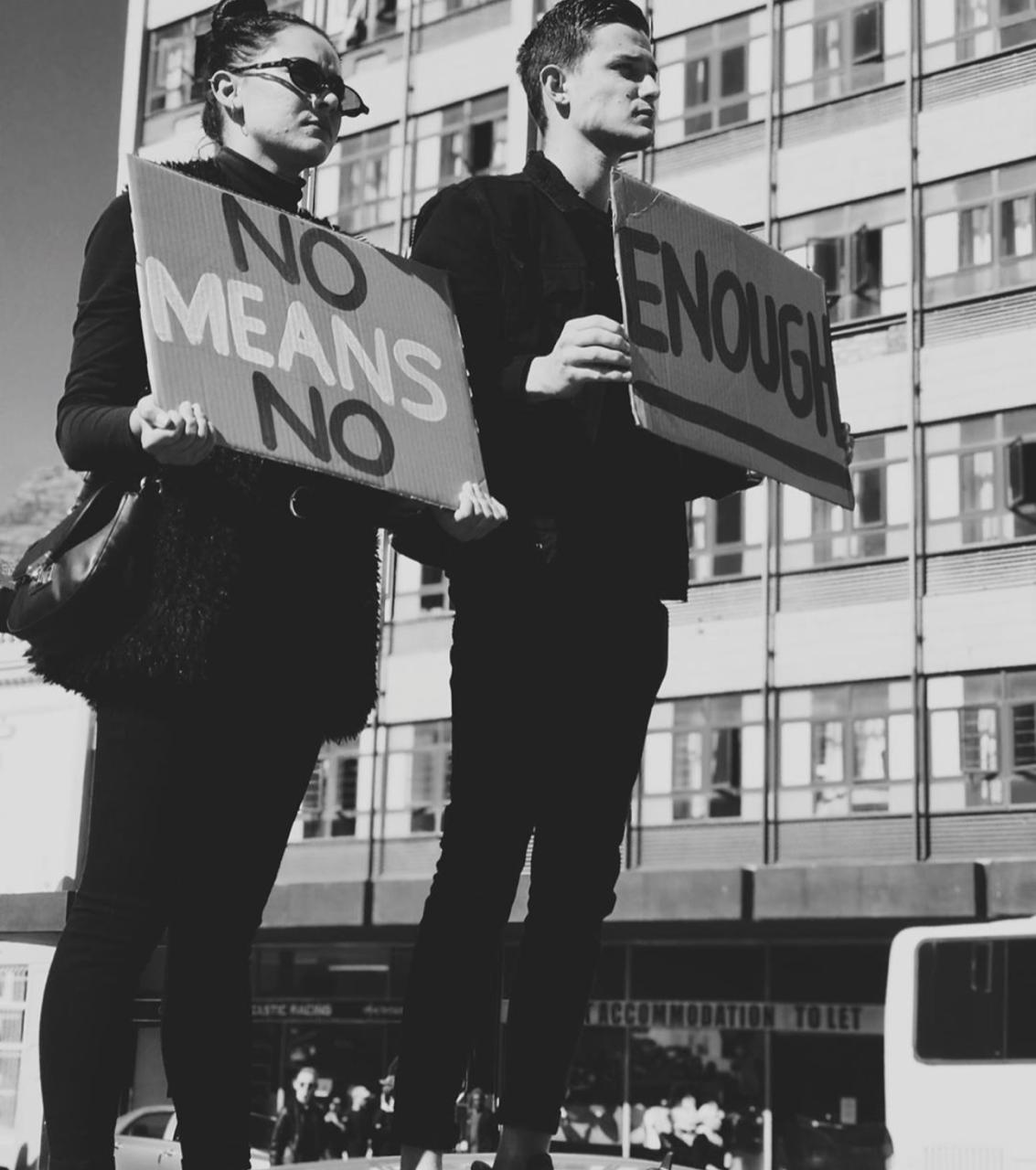 #Ihavenowords has been my overriding feeling over the past few days since Nene’s senseless and tragic death (symbolic of so many others that go unnoticed or unreported); the xenophobic attacks; the focus on femicide and gender violence; everyday gender bias and toxic masculinity; gender and racial superiority and entitlement, and so much more as our country burns due to a long legacy of a leadership vacuum.🖤

I went into some kind of shock late yesterday afternoon and had to put myself to bed just to warm up. Then the bottom fell out of my stomach, I wanted to vomit and I wept for Nene, for all of us and our country. There were no words. By last night I was finished, emotionally. 💔 Nene’s murder is too close to home for me – for those who don’t know, my husband was murdered in a home invasion 20 months ago and this has struck a real chord inside me. That family has lost a daughter and a sister at the hand of another human being. I know how that feels.

I was in Grahamstown to speak at an education conference last week and on the Friday evening I had the privilege of having dinner with the current head of Kingswood College, Dr Colleen Vassiliou, who was a colleague of Nene’s mom at Rhodes, is one of her close friends and will be speaking at Nene’s funeral tomorrow.

Last Friday Nene was still missing and we obviously talked at length about it as well as the journey with loss, trauma and grief that I know too well; the state of the nation, and the underlying causes of movements such as #feesmustfall. Colleen was on the frontline of #feesmustfall at Rhodes University and was one of the few people the students would engage with as she ‘saw’ them, she ‘heard’ them, and she ‘acknowledged’ them. I shared with her my long-held understanding and belief that there are three non-verbal, subconscious questions all children need answers to, every day (and so does every adult, I must add): Do you see me? Do you hear me? Am I important to you?

If they receive yes answers through our words and actions, all is well. When they consistently receive negative responses, they begin to feel invisible and then resort to negative attention seeking behaviour to get our attention. This happens in homes and families – children sulk, cry, become cheeky, break things, throw tantrums, stop eating, and more to get our attention. It happens in classrooms and at universities, and it happens at a national level too. Yes, kids and youth can manipulate us, but they are also a source of real truth that we must pay attention to. They often shine a light on what is not working, what is broken in society. If we don’t listen and pay attention, they start to break things to get our attention.

When the government, the leadership of a country, the President and the cabinet does not hear and see their citizens, and their citizens feel very far down on the list of priorities, the people will rise. And they will pillage, burn and destroy in order to get attention, to shine a light on what is not working. This does not mean we need to throw out routines, boundaries and rules/law – everyone needs that for sanity and to feel secure, but it does mean we are being called to listen, to respond and to step up and lead and to get to the root cause of the issues at hand.

Parents buy their children off instead of investing time in real connection and getting to know their kids – to really see and hear them. We do not take our responsibility to raise decent men and women seriously enough, and to ensure that our sons appreciate and respect the women in their lives and do not expect women to be there for their convenience. A dress does not mean yes! Government is proposing to overhaul the Gender Violence Register – that’s about what has happened already, that’s not getting to the root cause! That’s not hearing the people and their real needs. Neither is enough justice being seen to be done fast enough. As a nation, we feel let down continuously as crimes are not solved and criminals are not brought to book, perpetuating the cycle of crime. There is no closure for any of us. We cannot sleep easily or live freely without the fear of #AmINext?

Last night, I had to drag myself off to do an hour long in-studio radio interview on 702 when all I wanted to do was curl up in bed and cry. It was a real challenge both for Aubrey Masango and I. He said he has never not wanted to come to work in his whole journalistic career and that this week has just been too much. We literally had to support each other through it. Thank goodness we know each other well. It was a very real conversation.

Our discussion started with the state of the nation – we just couldn’t avoid it. What does South Africa want to be known for, other than crime, murder, rape, xenophobia, illiteracy and unemployment? We don’t have a clear picture of where we are going and what we are aiming for as a nation. Too many bandaids over the top of wounds, of deep abcesses that have been perpetuated by government after government. No real grassroots solutions that address the basics, the root causes of the fallout we are witnessing. And this, for me, boils down to lack of numeracy and literacy that result in poor self-confidence, self-belief and lack of self-esteem, leading to unemployability and fear.

If you feel down about yourself, you can’t find a job and you can’t feed your family, crime becomes a very real option. I’m not condoning crime, but this is reality, I have been on the receiving end of it. Our country is not safe while millions have nothing to live for, their tummies are empty, their basic needs are not being met and the government is not future-proofing our economy due to continued corruption (emptying of state coffers of much need money that belongs to the people not individuals), letting good infrastructure fall apart, putting bandaids on matric and university rather than providing all its young citizens with an effective preschool education, something that would ensure school readiness in the first place (Grade R is not enough) leading to a far better chance of a numerate, literate and employable population. The levels of anger and frustration are at an all time high with 60% of youth unemployment.

It is human nature that when things feel out of control, we go into over-control and then we have a power struggle, resulting in abuse of power over each other or power against each other. This happens in homes, schools and at a national level. This is what we are seeing playing out now in increasing gender-based violence, student protests, crime, murder and so much more. While #itstartswithme and we all need to take responsibility for what happens in our own lives and spheres of influence, be we men or women, we also need for the father of our nation – the President and the cabinet and all our political parties – to lead by changing their own behaviour, not just their words, to create a country where we feel a sense of common vision, togetherness and belonging.

I ask again, through tears of frustration, between government, business and the people of our nation, what do we want to be known for? What legacy are we going to leave the children of our beloved country? How are we future-proofing our people and our nation? We need to have opportunity eyes. This disruption has the potential to open up a world of possibilities if we would just listen and learn. #enoughisenough #AmInext?